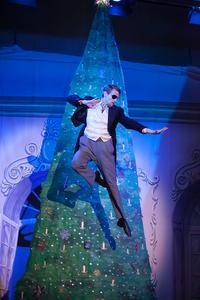 Josh has been performing, teaching, directing and choreographing for over fifteen years. His passion for the performing arts is seen through the care he takes for his students and performers both on and off stage. His award-winning choreography has been seen from churches and high schools to professional stages. He is also the artistic director for Academy for Dramatic Arts in Berea, Ohio and one of the founding producers of Schultz & Schultz Productions. Josh holds a B.A. in Dance from Eastern University where he specialized with theatre as well. He loves taking the time to perfect his own craft by being on stage, taking classes, and dancing around his living room with his two boys, Gabe and Eli, his daughter Selah, and his lovely wife, Melissa.