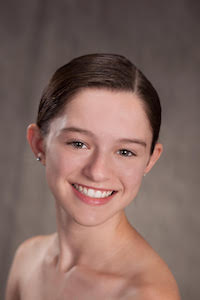 Athena has been dancing since she was nine years old. Her first major ballet role was that of a mouse in The Nutcracker at age 10. Since then, Athena has performed in several productions of The Nutcracker with both Olmsted Performing Arts’ Ballet Series and North Pointe Ballet as a student cast member. This is Athena’s first year with the company where she was seen in The Nutcracker. In addition to ballet, Athena has studied other forms of dance including jazz and contemporary. When she is not dancing, Athena enjoys reading, writing, and performing in theater productions.